Father Raymond Ambroise, former executive secretary of the Office of Social Communications (OSC) of the Federation of Asian Bishops’ Conferences (FABC), died in India on July 7.

Father Ambroise, who worked as consultant of Radio Veritas Asia (RVA) for nine years, succumbed to a heart attack at the Home for the Disabled in Secundarabad in India.

“On behalf of the [FABC], I express our grief and sorrow at the sudden demise of Father Ambroise,” read a statement from Cardinal Charles Maung Bo of Yangon, FABC president.

“Father [Ambroise] has been a quiet and calm missionary priest with deep love for the Church,” said Cardinal Bo.

“He devoted all his energies to serve the Lord,” said the cardinal.

He described the late priest as a “trailblazer and luminary in the field of social communication, social development, innovative educational programs and numerous other forms of pastoral ministry.”

“An able administrator and meticulous planner, he was calm, unassuming, gentle and above all deeply spiritual in all that he did,” added Cardinal Bo.

Father Ambroise would be remembered by those who worked with him for living “a very frugal and austere life” even as he handled funds and projects for the Church in Asia.

“He guided the process of transition with diligence. He was a visionary and his efforts have borne abundant fruit,” added the cardinal.

His love for the poor was evident in his painstaking work to establish and nurture the Andhra Pradesh Social Service Society, which ensured sustainable livelihood and economic development for poor families.

He has been living at the Home for the Disabled, where he died, with hundreds of homeless people who considered him their father.

“He never retired from any work,” Cardinal Bo said of Father Ambroise. “He was always ready to render any service with utmost commitment,” added the cardinal. 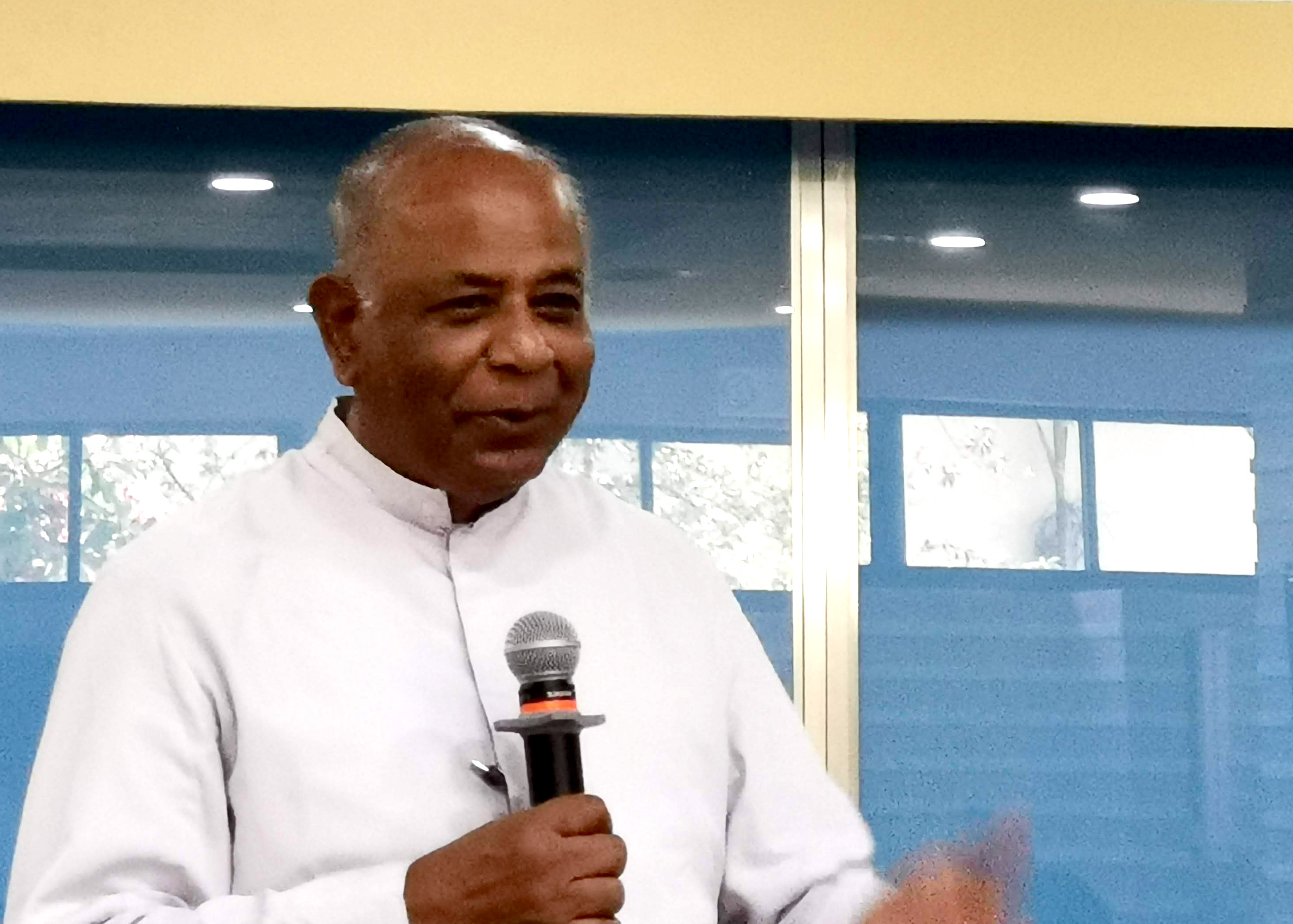 In a March 2019 letter upon his completion of his assignment with the FABC, Father Ambroise wrote that he would return to India with his heart “exuberant with joy for what God has done in my life.”

He said he was particularly grateful for “the last nine and half years in the field of social communication,” especially in Radio Veritas Asia.

The priest said his heart was filled with “gratitude to God for having fulfilled my desire through [Radio Veritas Asia] to be a missionary in my life to bring Jesus to the teeming millions of Asians all over the world.”

He said he was leaving his work with FABC and Radio Veritas Asia “with gratitude for the commitment that gave me a sense of fulfillment in facing all the challenges, the work entailed not only to keep up what was being done earlier but to scale it up to new heights like digitalization and migrating from [short wave] broadcast to online services involving also social networks.”

He said he would be going back to India to continue “with my assignments to provide alternative ‘home’ to over 420 who lost their ‘own home’ by no fault of theirs."

Father Ambroise was also working with physically- and mentally- challenged individuals and with rural landless women in over 2,000 villages “to empower them.”

“Like Mary my heart rebounds with joy and sing the grateful song of Mary,” he said.

He expressed his gratitude to the bishops for allowing him to serve as consultant of Radio Veritas Asia from 2003 to 2009, and from 2010 to April 2019 to serve as the secretary of FABC-OSC.

“As I always acknowledged, I consider the selection as God’s plan to use me in spite of my inadequacies,” he said.

“[Because] I was serving the Lord and it is He who selected me, I was confident that He would complement and empower me to achieve His plan for all my assignments,” wrote Father Ambroise.

He was particularly grateful to be able to make Radio Veritas Asia meet the demands of new technological innovations.

“In all these I had to be only an instrument in His Hands. I thank God for the manifold ways by which He accompanied me to fulfill my assignment,” he said.

In India, Father Ambroise was instrumental in the production of the films “Dayasagar” (Ocean of Mercy) in Hindi, “Karunamayudu” in Tamil, “Karunamurthi” in Tamil, and the series “Dayasagar” in Telugu.